Sapphire is a precious gemstone, a variety of the mineral corundum, consisting of aluminium oxide with trace amounts of elements such as iron, titanium, chromium, copper, or magnesium.

Sapphire helps the user stay on the Spiritual Path, boosting psychic and spiritual powers, and is a great stone for Earth and Chakra healing.

also, all corundums share some energies in common, the various colours of Sapphire have individual vibrational signatures and different spiritual properties.

Sapphire was used by the Etruscans over 2,500 years ago and was also prized in ancient Rome, Greece and Egypt. Revered as a stone of royalty, sapphire was believed to keep kings safe from harm or envy.
It is one of the most recognized gemstones in vedic astrology worn for professional success, marital bliss, improved will power and healthy progeny. It is believed to hold the powers of the planet Jupiter. Jupiter is the heaviest planet in the solar system, hence imparting distinctive powers to Yellow Sapphire over other precious stones. It is known for providing healing powers in the ailments of the kidneys, mouth, rheumatism, cough and fever. Yellow Sapphires are worn in the Index finger of the correct hand on a Thursday morning of the Shukla Paksha (waxing moon). 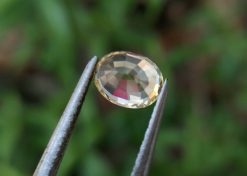 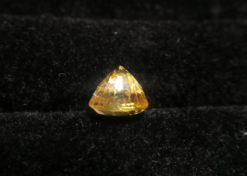